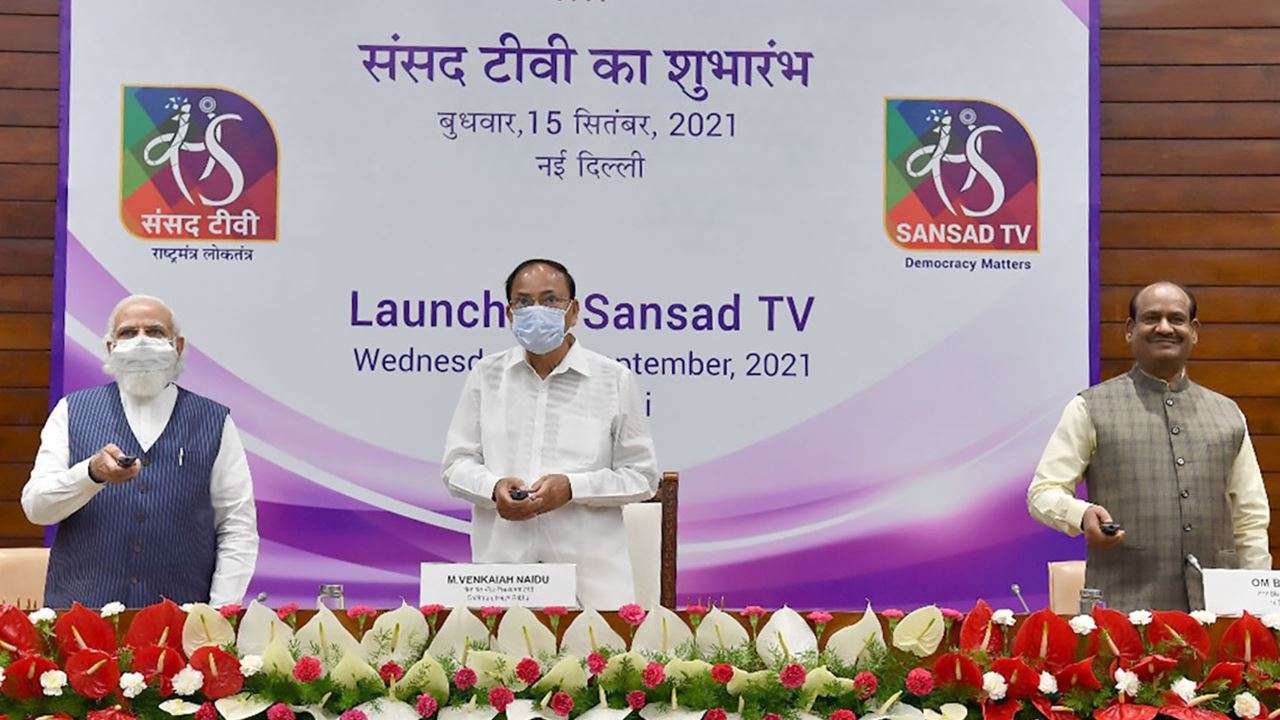 Prime Minister Narendra Modi, alongside with Vice President M Venkaiah Naidu and Lok Sabha Speaker Om Birla, on Wednesday launched the Sansad TV.The launch date coincides with the International Day of Democracy, as per the official communique by the Prime Minister’s Office.

Sansad TV has been launched after merging the Lok Sabha TV and Rajya Sabha TV channels.

Addressing the occasion, the Prime Minister lauded the transformation of the channel related with the Parliament in accordance with quickly altering occasions. “The launch of Sansad TV is a new chapter in the story of Indian democracy as, in the form of Sansad TV, the country is getting a medium of communication and dialogue which will become a new voice of the nation’s democracy and people’s representative,” the PM mentioned.

The 24-hour channel, by its content material, will showcase the democratic ethos and the functioning of democratic establishments of the nation with an goal to focus on nationwide and worldwide audiences.

In February 2021, the choice to merge Lok Sabha TV and Rajya Sabha TV was taken and Ravi Capoor- a retired IAS officer, was appointed as its CEO in March.

Sansad TV will merge the 2 parliamentarian channels Lok Sabha TV and Rajya Sabha TV. This determination to make a single, new entity was taken in February 2021 with the CEO of Sansad TV appointed the subsequent month.

The new channel will air programmes divided into 4 foremost classes. Sansad TV will air the functioning of Parliament and democratic establishments, governance and implementation of schemes/insurance policies, historical past and tradition of India and points/pursuits/considerations of up to date nature.

Sansad TV will embrace Lok Sabha TV which has been operating since July 2006. The concept of making the 24×7 Parliamentary channel was reportedly conceived by former Lok Sabha Speaker Somnath Chatterjee with the target to apprise people of the parliamentary proceedings and what elected representatives say within the Parliament.

On the other hand, Rajya Sabha TV lined the Upper House of the Indian parliament and was owned and run by Rajya Sabha.